Taps are used to cut screw threads on the internal surfaces of holes, creating the “female” half (nut) of the screw.

High precision is of vital importance, particularly in areas such as automotive engines, which require precision screws.

OSG offers a lineup of taps with diameters in various sizes and with specifications suitable for a wide variety of uses. 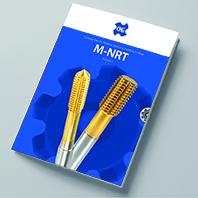 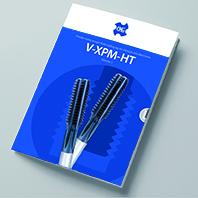 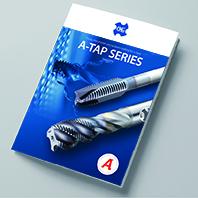 A-Tap is an all-purpose tap series designed to simplify tool management and to excel in a wide variety of materials and applications. A-Tap is made from powdered metal HSS and has OSG's patented V coating to achieve excellent wear resistance. The spiral flute series has adopted a variable helix flute design, which encourages stable chip evacuation and reduces cutting forces. 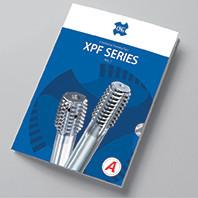 XPF & S-XPF series represents a new evolution in forming tap technology. These forming taps generate up to 50% less torque versus other forming taps, making it feasible to tap materials up to 40 HRC and sizes up to M45.